Posted at 19:19h in Monday's Tip Of The Day, Parrot Behaviour by admin 0 Comments 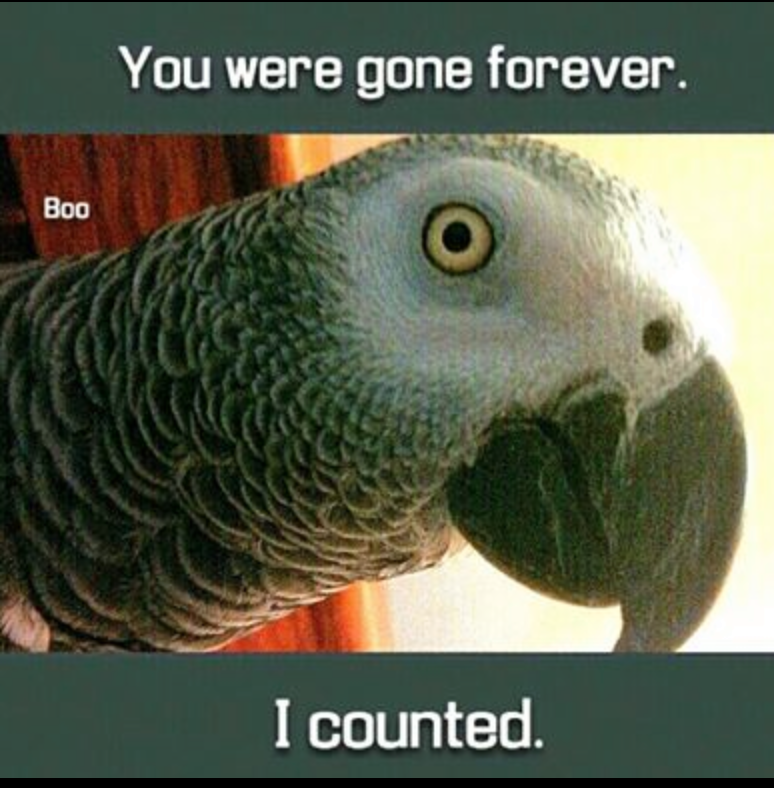 Parrots are flock creatures – all parrots live in flocks. A lone parrot in the wild is a dead parrot as there is safety in numbers. When some parrots are foraging, others will be watching for predators. When we bring a parrot into our home, we become their flock. They feel safe and secure when we are with them, and some feel frightened or insecure when we are not with them.

Science tells us, that the stress caused by being lonely can shorten their lives, lead to behavioural problems such as destruction, Feather Destructive Behaviours, aggression and depression.

DO establish a flock call with your parrot in the home, so that he knows where you are – that you have not abandoned him or worse, been eaten by a predator. By doing this you may be preventing a screeching problem later.

DO teach your parrot that when you leave the house, you will return. You can do this by gradually increasing the time they spend alone in the house.

DO teach a cue word for leaving the house so that the parrot will associate this word or phrase with your departure and return. I tell my parrots, “Mum’s going to work; see you later!” and they settle down and don’t flock call for me when I am out of the house.

Sorry, the comment form is closed at this time. 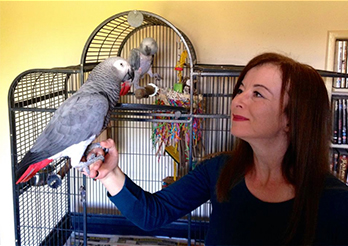 Elaine is a dog and parrot behaviourist and trainer who works with caregivers and their pets to help resolve behaviour issues. Elaine also runs dog and puppy training classes in Glasgow, Ayr and Paisley. Read more...

Read the latest posts and articles from the blog.