I’m privileged to share my home with three of these magnificent creatures, and am one of very few Clinical Behaviourists to have studied them in the wild. This has given me a much deeper understanding of their behaviour in the domestic context, and I’m passionate about educating people in their behaviour and welfare.

Milo was raised by his parents and siblings along with his human caregivers; as a result he’s well-socialised with few fears or phobias. He joined me when he was weaned and from an early age, he enjoyed time out of his cage more than time inside.

He can choose which family member to spend his time with – his current favourite is my 18-year-old son, Connor. Milo joins us for dinner, enjoys trips out of the house to coffee shops, and joins the dogs and I on walks. Milo seldom bites or becomes frustrated with us. 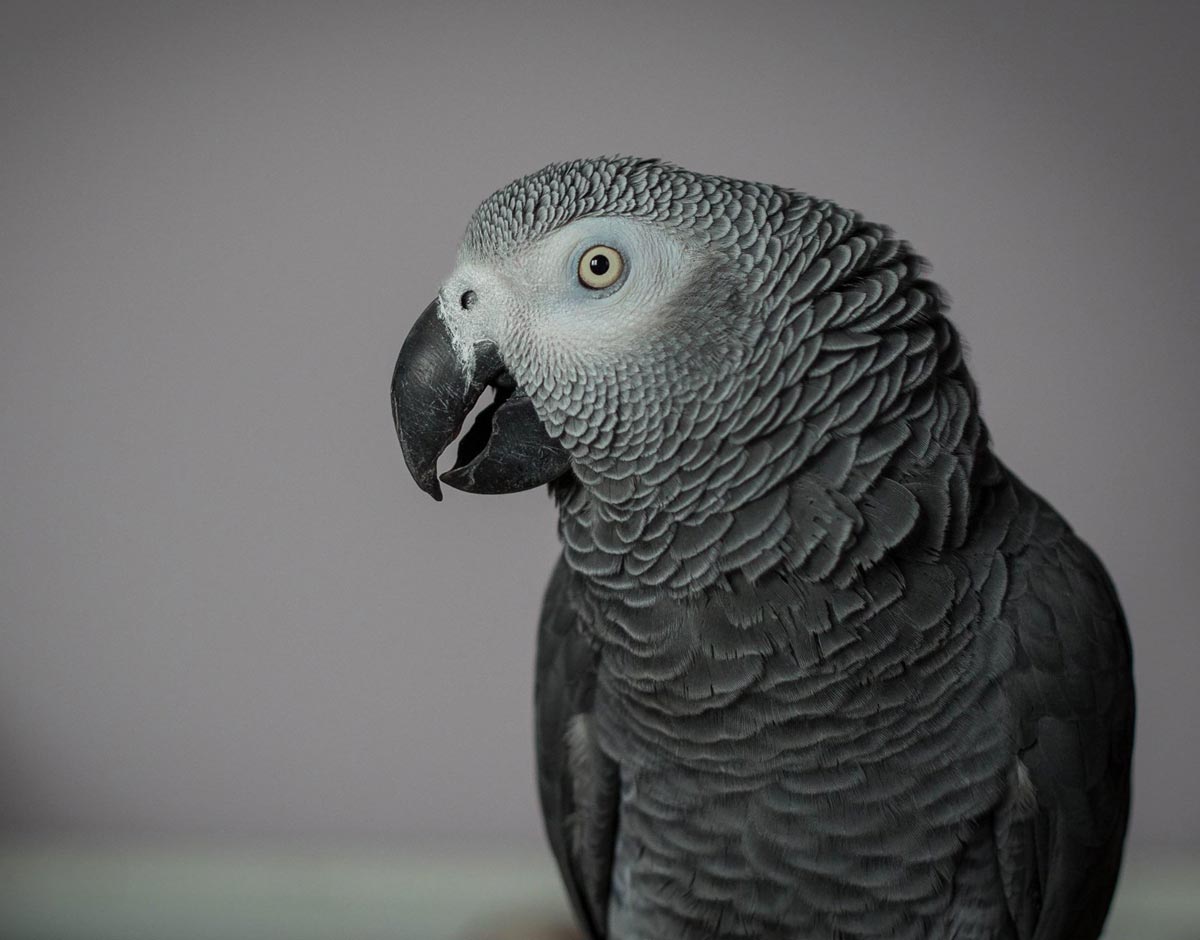 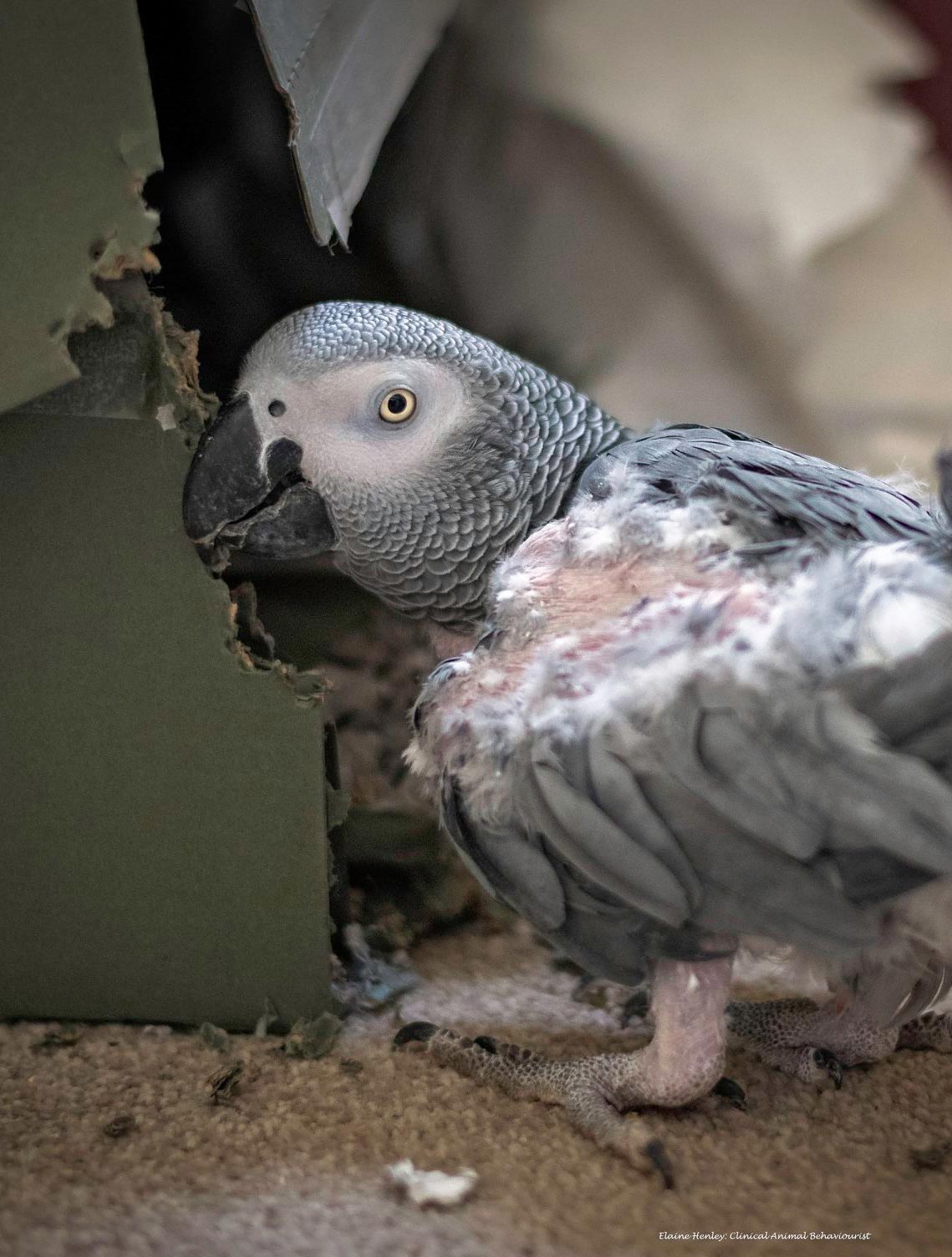 Roy’s story was reported in newspapers worldwide. He had one caregiver whom he loved so deeply that he still calls for her several years later. She died when he was 24 and he was unprepared for life without her. The caregiver’s widower found a new partner and Roy was moved into a small cage in a garage where he remained for 3 years with only a brass bell for company. When the time came for a house move, bird rescue was called to collect Roy, who was now surplus to requirements. By this time, he’d plucked out almost all of his feathers.

When I met Roy in October 2013, he was traumatised, emotionally shut down, and very wary of my family and me. He was frightened of the cage door being closed – so I removed the door. He reacted to any touch by biting – so I avoided touching him. If I went too close to his cage, he would mutilate himself – so I gave him space.

The first few months were difficult for all of us, as I set about teaching Roy to live and trust once more. I’m delighted to report that in April 2015, Roy came out of his cage and has since made it his mission to turn my entire house into a nesting box! Roy wanders around the house, spends time with all members of the family – and no longer plucks his feathers.

Sparky joined us in 2014. After his first caregiver died, Sparky did not take to the lady of the house, despite her efforts. He would fly at her head and bite her (hard), and make a constant fire alarm sound. She felt out of her depth and he was spending more and more time in his cage, so she eventually relinquished him to a rescue. Initially, I provided a “safe home” for him while a more permanent situation could be explored. As time passed, it became apparent that Sparky had behavioural issues; and, rather than have him passed from home to home, becoming increasingly angry and frustrated with the world, I chose to adopt him. It took six months to reduce the screaming and fire alarm sounds to zero. Sparky is a work in progress, and he now no longer uses aggression towards family members, although he remains very territorial of his cage. Through working with Sparky, I have developed a perfect understanding of how some parrot caregivers can become apprehensive of their birds. 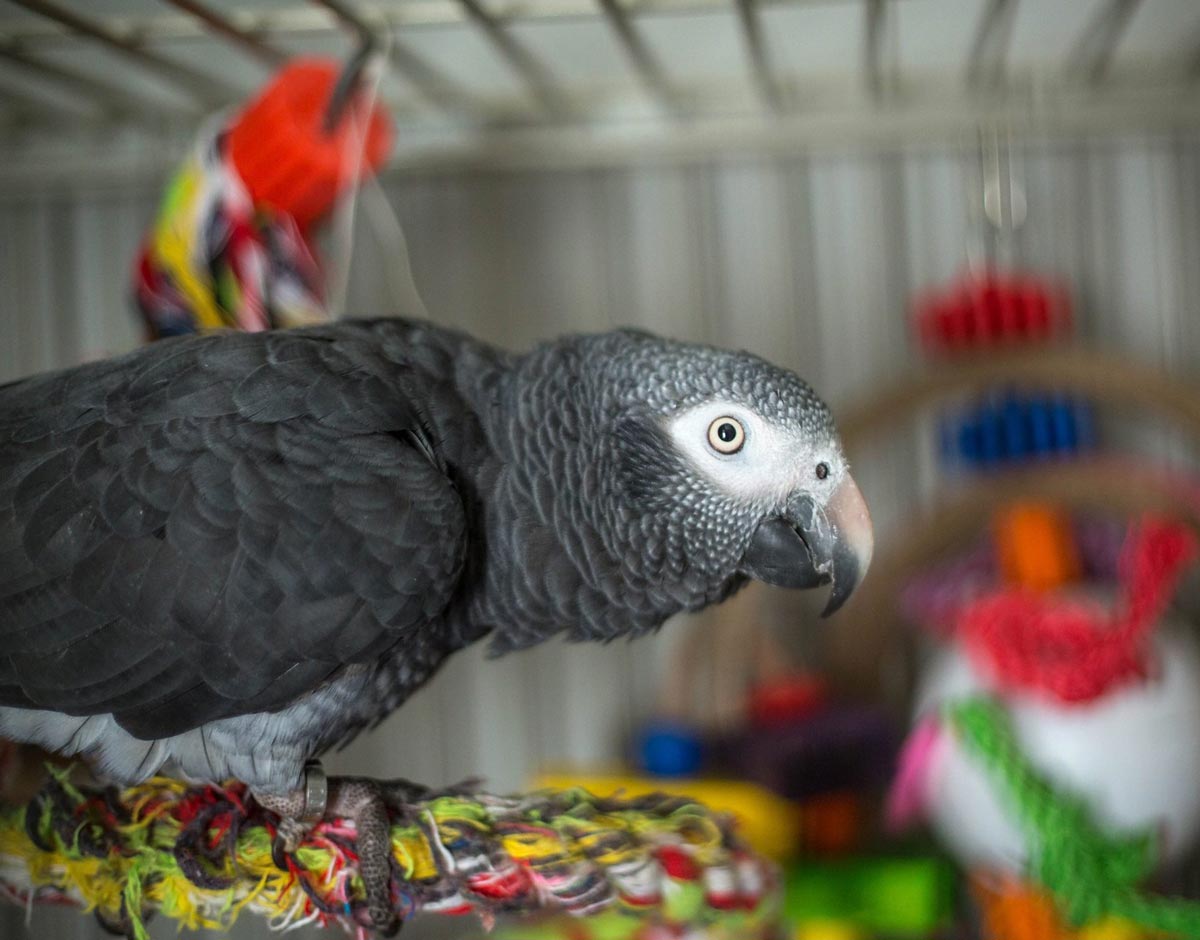 specialising in behaviour problems of dogs and parrots

Elaine is a dog and parrot behaviourist and trainer who works with caregivers and their pets to help resolve behaviour issues.

Menu
We use cookies to ensure that we give you the best experience on our website. If you continue to use this site we will assume that you are happy with it.Ok